The 2012 National Godly Play Conference was held in Adelaide July 7 – 10 and attended by 54 people. Core Training was provided by Canadian trainers Andrew Sheldon and Amy Crawford and Australian trainers Carolyn Handley and Jeanette Acland. A Storytellers Gathering was led by Judyth Roberts. Attenders came from a variety of denominations and contexts, including aged care chaplaincy, religious education in Christian schools and church based ministries such as ordained and lay ministers and children and family ministry leaders.

The conference began with a free Expo with Godly Play rooms and storytelling demonstrations. Two lectures titled “The Children May Now Leave” and “Play it Again, Sam” were presented by Andrew and Amy respectively. Many thanks to hosts the SA Synod of the UCA, especially Kerry and David Folland and Mel Neumann. 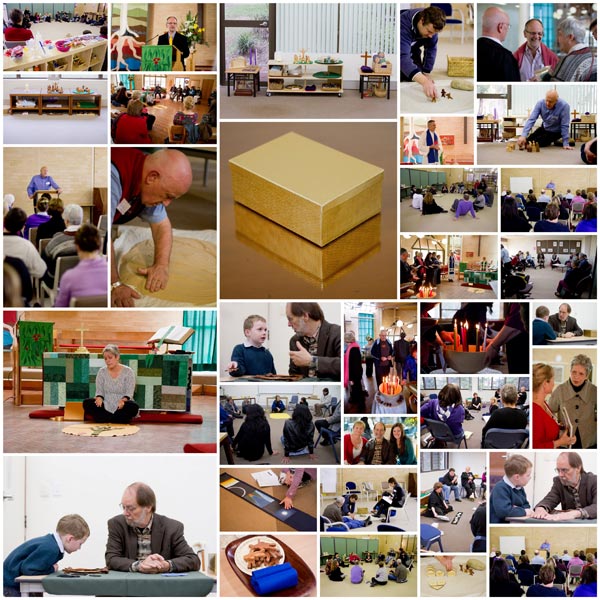